Bitter melon - the king of all superfoods 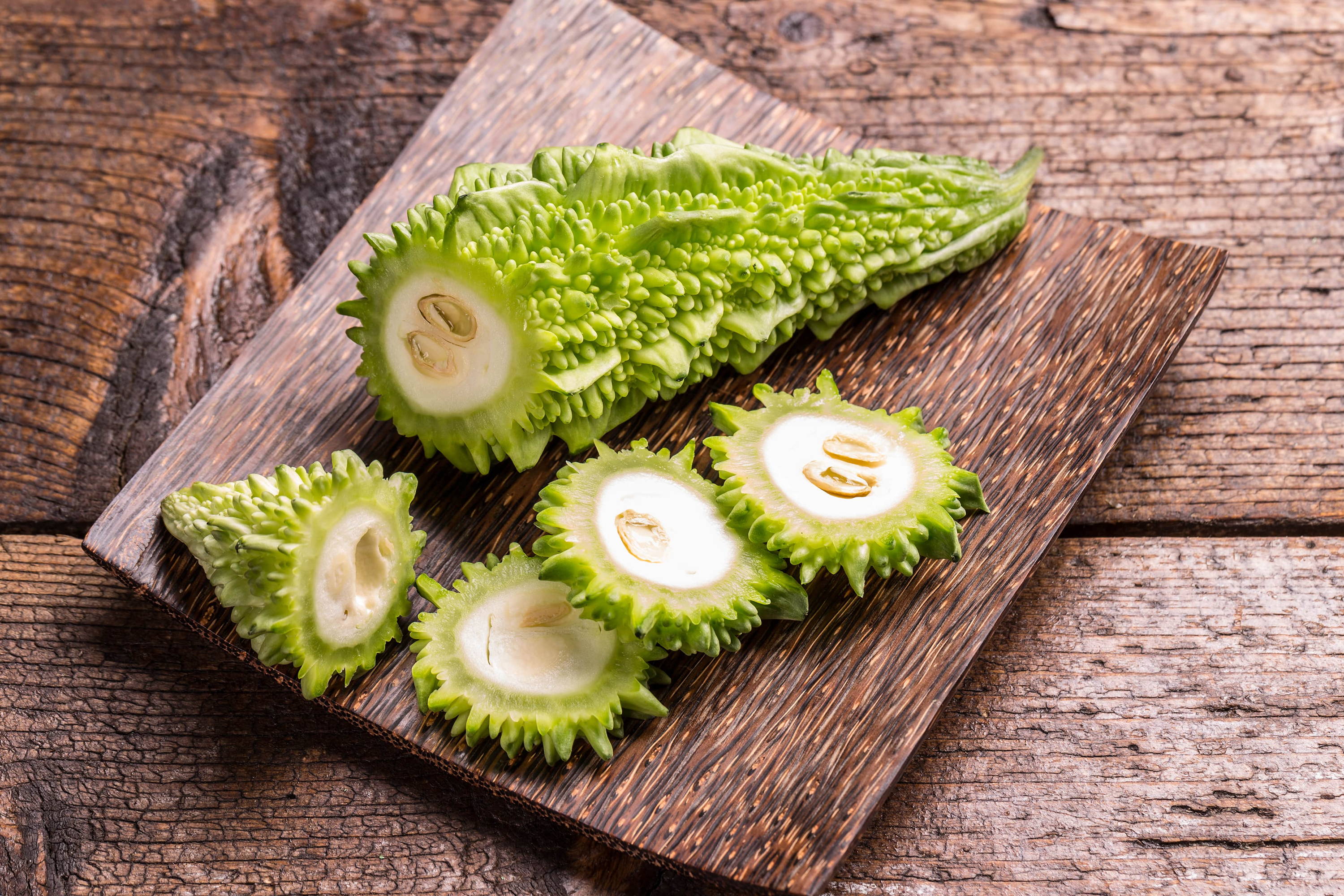 Bitter melon, also known as bitter gourd and karela in Hindi, is a vegetable (a fruit if you want to get technical) that most people haven't ever seen or heard of before. We are here to tell you why you should know about it and why it's a must add to your diet.

What is bitter melon?

Bitter melon is a tropical and subtropical vine that belongs to the gourd family and is closely related to courgette, squash, cucumber and melons. It is believed to have originated in Africa where it was often eaten by !Kung hunter-gatherers during the dry-season. Variants eventually spread across Asia, and today, it is considered a staple in many East Asian, South Asian, and Southeast Asian cuisines. There are several varieties of bitter melon, but the two most common are the Chinese and Indian varieties. The Chinese variety more closely resembles a pale green cucumber with crimped, bumpy skin. The Indian variety has a darker-green hue, has pointed ends and jagged ridges all over its surface.

Instead of being round and sweet-fleshed like its melon counterparts, bitter melon has a taste that fits its name. Just because of the fruit's unusual appearance and pungent taste, doesn't mean you should pass on it! Folks have been incorporating it into their cooking for centuries, and for good reason. Bitter melon is a superfood and one of the healthiest vegetables in the food kingdom. Here’s why your diet is incomplete without bitter melon.

Bitter Melon is packed with several key nutrients. It contains iron, magnesium, potassium, vitamin C, vitamin A and much more. It contains twice as much calcium as spinach and beta-carotene as broccoli. It’s especially rich in vitamin C, an essential nutrient involved in the prevention of disease, formation of bones, and the healing of wounds. One serving of raw bitter melon provides 93% of the Reference Daily Intake (RDI) of vitamin C. It also contains anti-aging properties and is high in vitamin A, a vitamin involved in skin health and vision. One serving of raw bitter melon provides 44% of the RDI of vitamin A. Bitter melon contains various antioxidants and anti-inflammatory compounds. Plus, it’s low in calories yet high in fibre - fulfilling approximately 8% of your daily fibre needs in a single serving. Regular consumption of bitter melon contributes to healthy digestion, supporting healthy gut bacteria and nutrient absorption.

Bitter melon is also linked to lowering the body’s blood sugar levels and has historically been used to treat diabetes due to it containing properties that act like insulin. Several animal studies have found that bitter melon may also decrease cholesterol levels increasing overall heart health, as well as strengthening the immune system and improving respiratory health. Some research even suggests that it has cancer fighting properties!

If this doesn't make you want to try this magical superfood then I don't know what will! Mix bitter melon into your next stir-fry or curry to bump up the health benefits. Don’t pass it up, grab that long, unusual looking fruit and get ready to embark on a culinary adventure!