Find The Flavours Of Yee Sang At Red Rickshaw 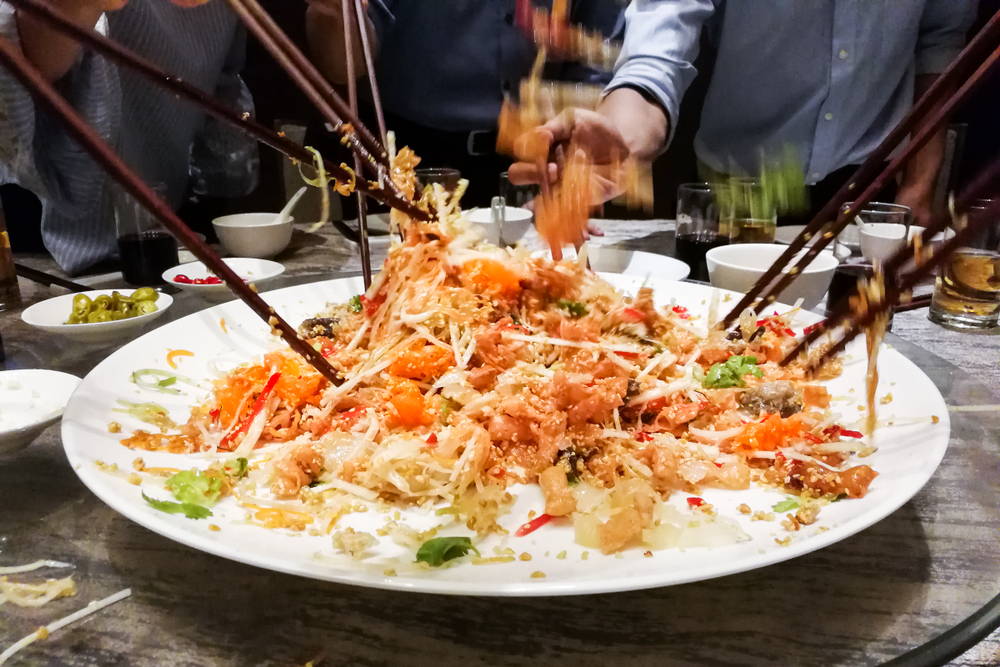 Whether your family call it Yee Sang, Yusheng or the Prosperity Toss, the popular celebration is one of the most fun and flavoursome parts of Lunar New Year.

A common misconception surrounding Yee Sang is that its roots are set in China, however, the modern iteration of Yee Sang is actually of Malaysian origin. Legend has it that the first ever Yee Sang was created in the 1940s by Loke Ching Fatt, a Cantonese immigrant living in Malaya who owned a catering business in the small town of Seremban. Set against the backdrop of WWII, Yee Sang is said to have been inspired by the 7th day of Chinese New Year, Ren Ri, which according to tradition is the day humanity was created in order to celebrate life and to wish joy to others.

Yusheng, meaning raw ‘fish’ when literally translated, is a homophone with abundance and prosperity in Chinese. A homophone is when one word is pronounced the same as another but they have two completely different meanings. So while Yusheng means ‘fish’, it is widely accepted that when spoken in the context of Lunar New Year, it is to wish prosperity.

What exactly is Yee Sang?

Assorted shredded vegetables, each with their own traditional meaning and culturally significant role in the toss, are decoratively placed around a large plate with raw fish, carrots, daikon, cucumber, pickled ginger, pomelo and pillow crackers included, while pepper and five-spice are ritualistically sprinkled over the dish by everyone at the meal. Traditionally, individuals are given long chopsticks and are invited to scoop up the dish high into the air and shout ‘lo Hei!’, meaning ‘toss high!’ Its thought that the higher the toss then the better the luck that will be brought to you and your family.

Intended to be a messy affair, individuals shout blessings of good luck and prosperity onto each other, before scooping up what remains on the plate and enjoying a thoroughly mixed meal of shredded vegetables, fish and dumpling wraps! Lo Hei! 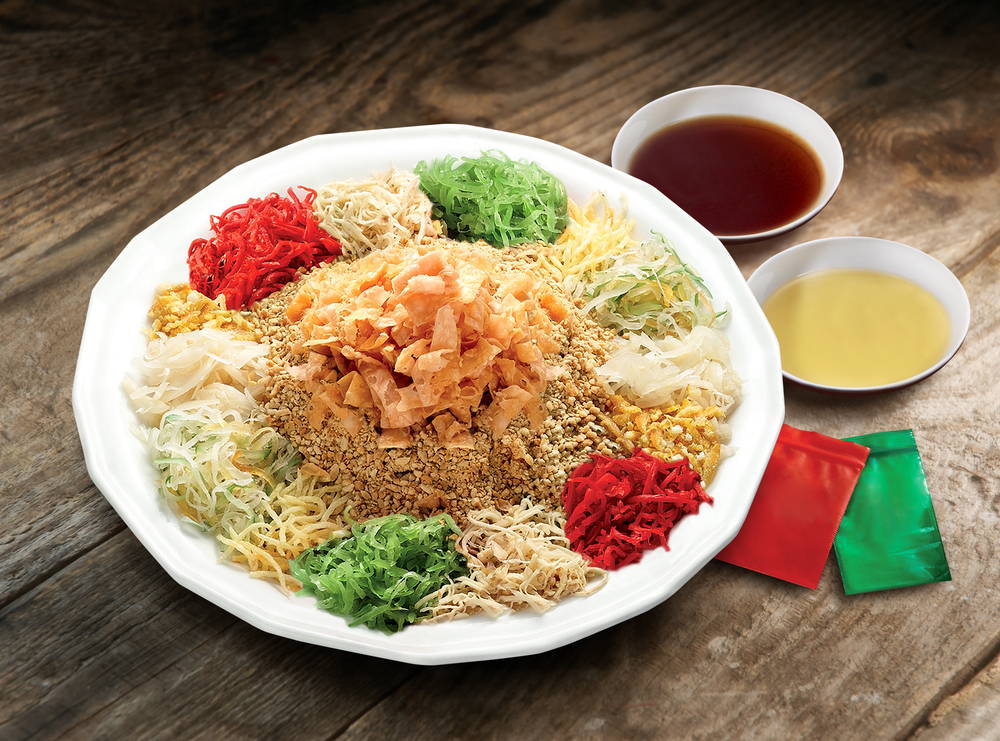 What do you need and what do all of the ingredients mean?

Plum sauce is added to Yee Sang due to its sweetness. Its sweetness is meant to signify that your year ahead will boast nothing but sweetness. While plum sauce is the most popular used, alternatives such as Hoisin or sweet walnut sauce can also be used, with the same desired effect.

Added before the toss takes place and are sprinkled as a means to invite more wealth onto the family. The 5 spice powder also represents pillars of happiness that individuals wish to bless heading into the New Year: kindness, wealth, health, family and happiness despite hardship.

With its bright orange colour resembling gold, carrots signify the mountains of treasure that one hopes to have in one’s household.

An affordable and bulky root vegetable. This harks back to the roots of Yee Sang being from poorer and more rural communities. It was added to the dish due to its crisp white colour and cost-effectiveness.

Symbolising luck and smooth sailing through your daily life, pomelo is intended to bless future auspicious value and abundance to one's life. All the while being a strong citrus flavour to accompany the fish.

Honey Pomelo and Red Pomelo are available in store.

The wrappers are signifiers of taels, an old Chinese unit of weight that was long used for currency. Thanks to their golden brown colour they are reminiscent of gold bars, and their sprinkling on the dish is akin to having gold spilt over the ground so that you are never in need of money at home.

Symbolic of prosperity in your business. Sesame oil is also added with the golden colour of the oil meant to be representative of gold and wishing wealth throughout the year.

Similarly to Taro, Daikon was originally added to the dish as an affordable root and filling root vegetable, as the roots of the dish are based in poorer and more rural communities, the dish needed to be appropriate.

Bring in the Year of the Tiger with our Lunar New Year collection! Find all of these Yee Sang ingredients live in our store now.