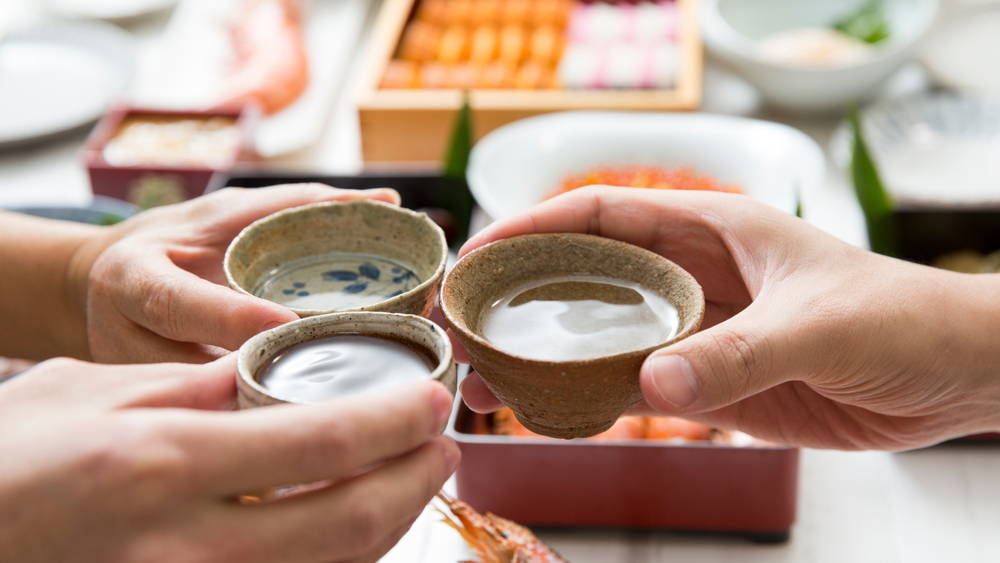 Bored of regular beers and supermarket wines? Why not try something a little different for your weekend tipple and sample some popular alternative alcoholic beverages from Japan and South Korea! It’s easy to stick with more traditional drinks found in Britain that you have more knowledge about, but sake and soju are no newbies, having established themselves as the drinks of choice across Asia.

Sake and soju are not drinks you will be able to find in your local pub, or probably any pub in the UK for that matter. But did you know that they have both existed for hundreds of years and are incredibly popular, not only in their states of origin, but their presence is growing globally year on year. Soju is so popular that it is actually the most consumed spirit in the world, with soju company Jinro - the number one producer of the spirit globally - selling over 86 million cases in 2019 alone! Meanwhile, sake is the most popular drink in Japan, with early records showing its production dates back to the 3rd century!

So while you may not have heard about soju or sake yet, the two drinks are becoming increasingly popular in a global market where people are looking to try out new, different and exciting alcoholic beverages. And with that many people enjoying it, why not get ahead of the curve and find out all there is to know about the two most popular drinks in Asia, how to drink them and why they are so delicious. 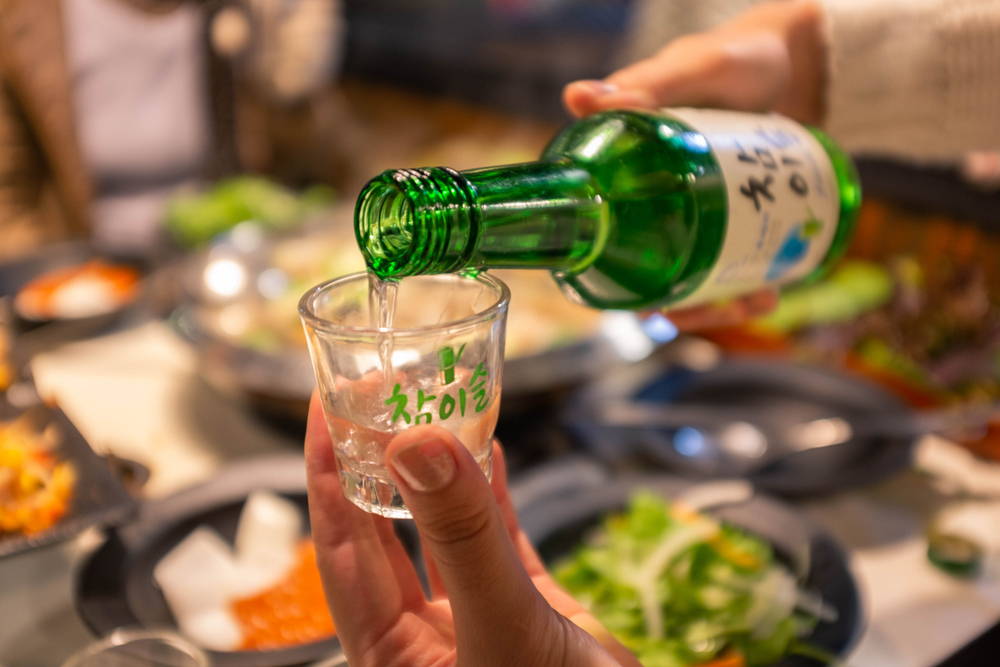 Soju is a clear, low alcohol distilled spirit that has a vaguely sweet and milky flavour. Its original flavour shares similarities with vodka, but due to often being a far lower percentage (on average between 12% and 25%) it has a far less harsh taste. Its slightly milky flavour is due to commonly being rice based, however, it can also be distilled from other starch heavy grains. Soju is also popularly known as ‘Korean vodka’ and pairs incredibly well with the spicy heat of Korean food.

However, while the original flavour of soju is impressive, the increasing popularity of soju leading to it becoming a global phenomenon rests on the production of new, fruity flavours of the drink. While original fresh soju flavours taste similar to vodka, other fruit flavours such as plum, blueberry, grapefruit, peach, and grape have made it much more desirable to the global market. Plum soju has a far sweeter taste than original flavour soju and often a slightly lower alcohol content making it easier to consume and much more delicious.

Its alcohol percentage also places it in a unique place in the market - often far stronger than wine but half the strength of traditional spirits. Soju is traditionally a very social drink, with the classic green bottle shared around a group and served in easy to consume shots. The next thing you know the bottle is gone! Soju also works brilliantly in cocktails, replace gin with soju in a negroni or swap out the vodka of a dirty martini - just add a little more volume of soju to make up for lower alcohol content in order to have a fun twist on your favourite cocktail.

The rice based spirit has been distilled in Korea for hundreds of years, however, between the 1960’s and the 1990’s, using rice to distil soju was banned by the South Korean government due to a nationwide shortage of the grain. Needing to preserve rice for eating, soju distilleries adapted and began to use sweet potatoes and other starchy grains instead. While most soju is now made with rice again, some brands have opted to continue making soju with different starches to this day! 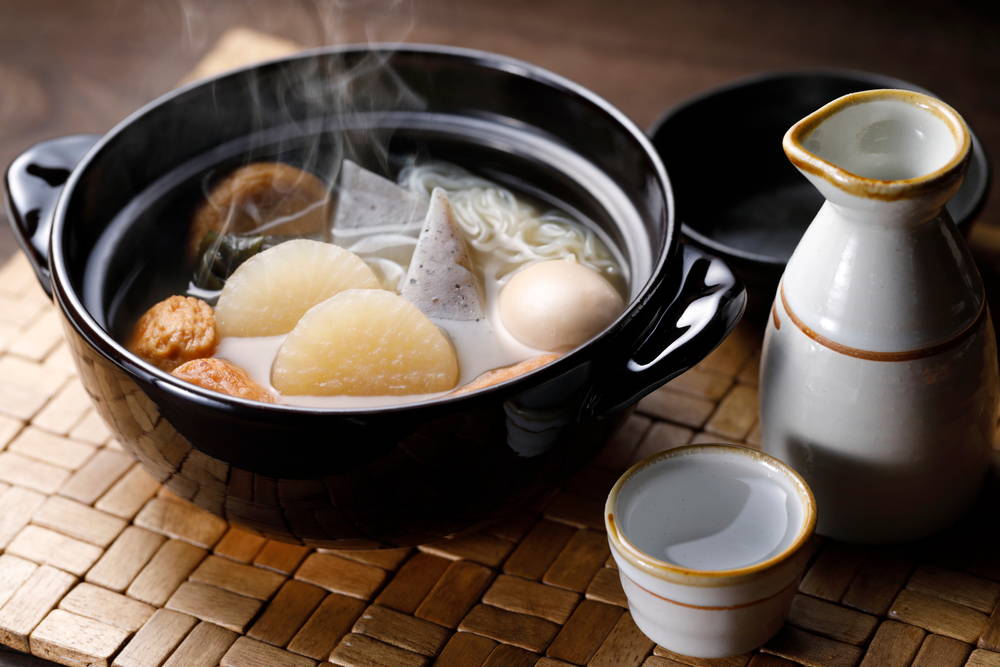 Sake is a dry fermented rice wine, that pairs well with most foods but works especially well with traditional Japanese meals. Made primarily from high quality rice, koji mold, yeast and spring water, these ingredients are combined and fermented in in a process that has existed for centuries. Despite being served in smaller cups, sake is appreciated like wine and is not taken as a shot. Sake is intended to be a drink with a savoury and umami taste, providing a neutral clarity.

Sake is fermented and brewed similar to beer and wine, but the traditional process is far more complicated than the fermentation of beer. Traditional chief sake makers, called toji, along with modern scientific clarifying methods, have made it possible to produce increasingly high quality sake.

Despite both being rice based, sake is a completely different drink to soju - as where sake is fermented like beer, soju is distilled like vodka. Another key difference is how the two drinks are enjoyed. Sake is a remarkably versatile drink, demonstrated by how it is popularly enjoyed warm as well as cold - with some sake’s specifically made to be served at higher temperatures. It is said the flavour of sake changes every 5 degrees celsius - with different notes and delicacies rising to the forefront of the beverage. Most sake can be enjoyed at a range of temperatures and produce an amazing array of different flavours - if you want to try warm sake, one easy way is by putting it into a water bath filled with warm water on your stove. This will delicately raise the temperature of your sake to the desired heat without ruining the flavours of the drink by placing it in the microwave.

If you like the sound of sake & soju, and want to explore more alcoholic beverages from around the world, discover our full alcohol range here! Or, if you don't drink, why not explore Red Rickshaw's wide range of tea and soft drinks, including mogu mogu, rubicon and masala chai.